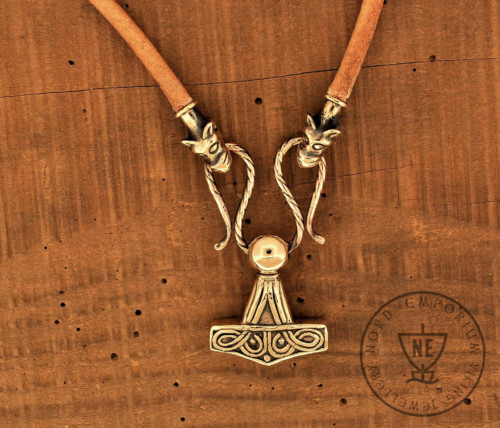 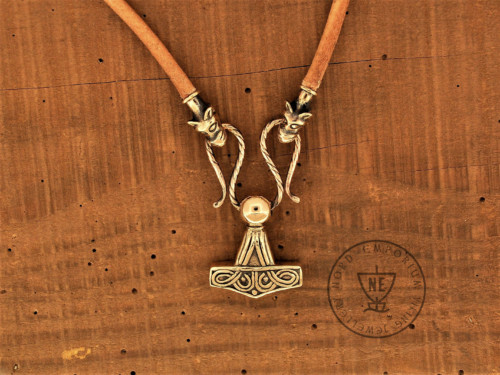 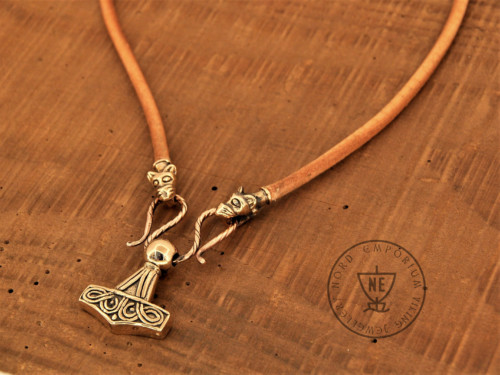 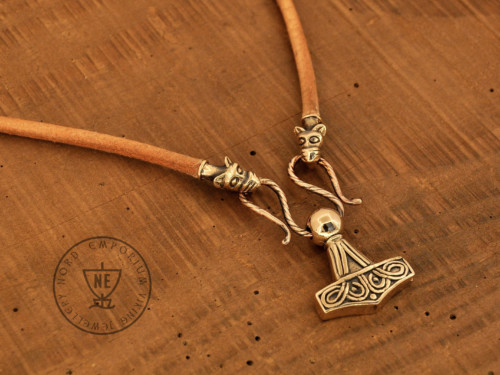 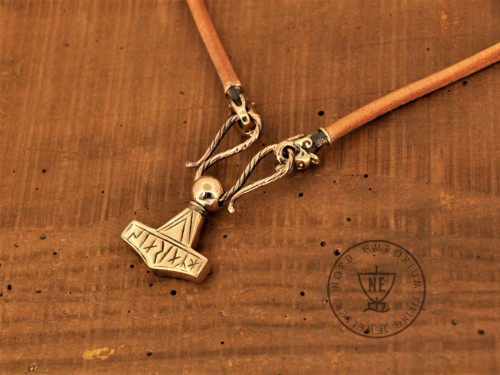 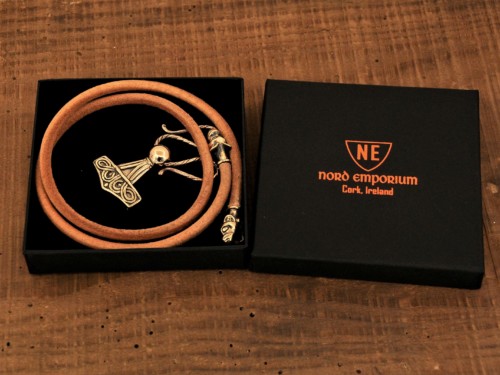 2 in stock (can be backordered)

Replica of the amulet which is dating to the 10th century and was found several years ago on the Danish island of Lolland. Over 1000 of these amulets have been found across Northern Europe but the pendant from Lolland is the only one with a runic inscription. The find is unusual as it has runes inscribed that reads ‘Hmar x is’ meaning ‘This is a Hammer’.

The hammer, M clasp and wolves heads are made of Bronze. A natural leather thong is ended by wolves heads based on the historical find, Icelandic cross.

In Norse mythology, Mjölnir is the hammer of Thor, a major Norse god associated with thunder. Mjölnir is depicted in Norse mythology as one of the most fearsome and powerful weapons in existence, capable of leveling mountains. The hammer was made by the dwarven brothers Eitri and Brokkr.
Thor’s hammer, or Mjolnir, is a powerful Nordic protective amulet, a symbol of the creative powers of man. It is really powerful protection from any negative energy. Protects from curses by neutralizing them. Thor’s hammer gives confidence in your own abilities.

the diameter of the leather thong: 3 mm

the length of the necklace: 51 cm

Handmade by in Ireland

There are no reviews yet.

Only logged in customers who have purchased this product may leave a review. 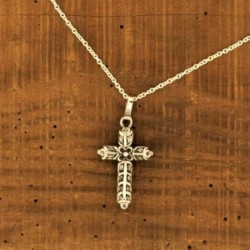 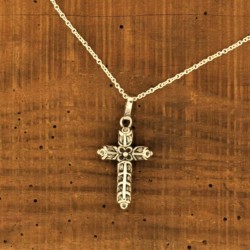 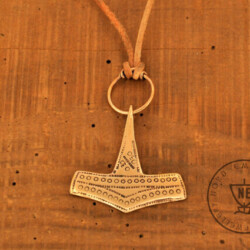 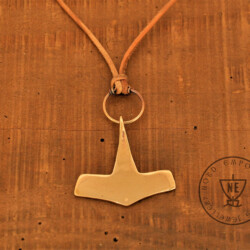 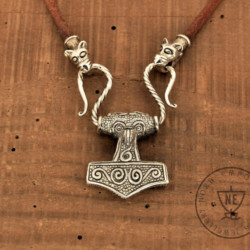 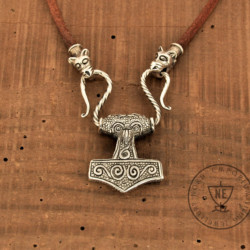 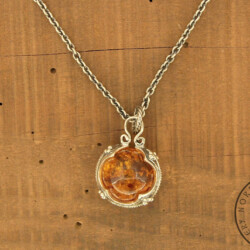 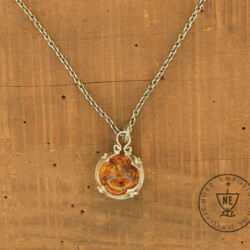 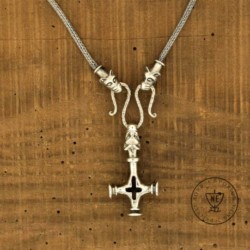 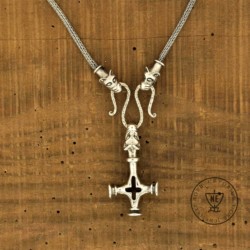 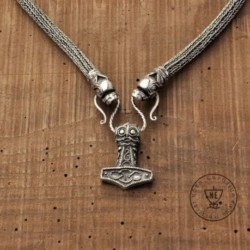 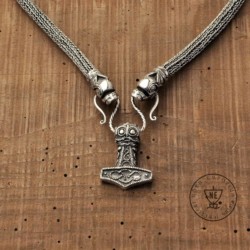 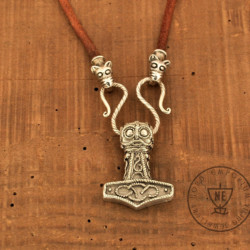 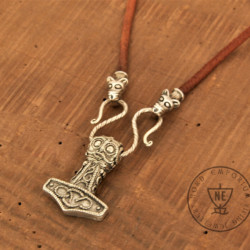 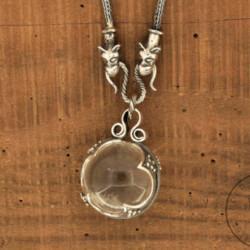 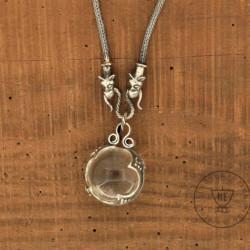